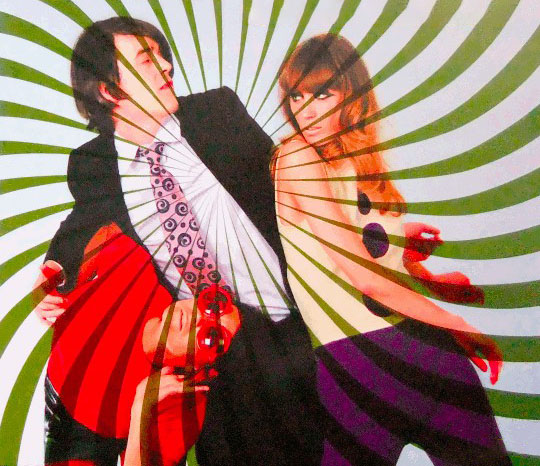 Although the 50’s had a light growth in musical diversity, I think it were the 60’s that lead to a stylistic explosion in the western hemisphere. Until the 50’s it was quite easy to determine origin, location & nature of a genre, whereas the 60’s started to become confusing with overlapping and mutually influencing genres and style-variations. In terms of this background, it seems a bit complex to get a clearer overview of what evolved and actually happened in music.

To start chronologically, there has been a twilight zone just before the dawn of Beat Music. Although Merseybeat is the strongest pillar for Beat Music in general, there are other important Beat drenched currents, not bespoken in the sub-articles (Merseybeat, Mod, Freakbeat, Yé-Yé, Nederbeat, Jovem Guarda). Especially the early sixties “Pop” music is loaded with a lot of Beat Music but seldom acclaimed as such. A reason is that it’s not pure, but a hybrid sound. Common intermixtures have decent doses of Traditional Pop, Doo-Wop and often but not always “Girl Group Sound”. Good examples here are songs like “He Couldn’t Care Less” by Peggy March or “Not Responsible” by Helen Shapiro (both in Beat-Playlist →). But also softer Rock ‘n’ Roll tunes like “Wake up little Susie”  by The Everly Brothers dive in the waters of Beat Music. When you think of the early Beatles recordings before their Worldwide success (live in Liverpool’s Cavern Club or Hamburgs’ Star Club etc.), the same potpourri of styles shaped also their sound. Of course, they had some relatively straight excursions in non-Beat Rock’n’Roll / Rockabilly with tracks as “Matchbox” , “Long Tall Sally” or “Nothin’ Shakin‘”. Nevertheless those representative mass of songs that tie in with previous mentioned Peggy March & co. are overwhelming. The Beatles as the worlds most established of Beat groups, had light Doo-Wop and soulful Rock’n’Roll schmaltz in their early output (even ’till ’64). “To Know Her Is To Love Here” , “A Taste of Honey” or “Ask me why” (all three in Beat-Playlist ) – to mention a few. Yet the french Yé-Yé illustrates best the link between Pop and Beat (and other styles).

The easy-day-Sunshine-Pop easily tingle-tangles with the Beat elements. Elsewhere similar combinations happened widely. Think of “Dave, Dee, Dozy, Beaky, Mick & Tich”‘s “All I Want To Do” and “Hold Tight!” (both in Beat-Playlist →). Or of the two years earlier 1964 hit “Walkin’ with my Angel” by The Herman’s Hermits. Dozens of exemplars could be referenced. From the Doo-Wopy’ Caddilac days over swinging early 60’s to mass-selling, mid-late sixties Pop records and 45’s; All those beautiful “Beatcrossers” have in common is that they are rooted deeply in the UK Merseybeat. A style that lost its obvious British R&B character when adapted and blended with other genres, but only on the surface, not in its structure. So I feel somewhat grateful for all the pioneers from the Merseyarea that created this style, which conquered and enriched the world for a whole decade. The above mentioned blended genres play another role in matters of Beat Music. They are all important factors in evolutionary history. Rock ‘n’ Roll and its very close child Doo-Wop had an impact and injected Beat Music massively with components that show up in certain songs quite strong (R’n’R: “The Beatles – Ain’t She Sweet” / Doo-Wop: “Herman’s Hermits – Mrs. Brown You’ve  Got A Lovely Daughter“). The 60’s Pop took a timely symmetrical (a mutual affecting) way, but its predictor, Traditional Pop had its peak in the ’50s and seems like a subjectively felt subtle influence, but plays a major role when it comes to the solid fundament in 20th century’s second half’s music. ~Written by Mr. Coconut, 2021 for www.rum-n-coconutwater.com